No matter if you book an apartment in Lugaris Rambla or in Lugaris beach, the check-in has to be made in LUGARIS BEACH

Our Lugaris Beach (passeig de Calvell, 45) and Lugaris Rambla (Rambla del Poblenou, 16-20) apartments are perfectly connected with Barcelona airport and the city centre, both by public and private transport. Find out how to get to your holiday apartment in the easiest and quickest way. However, even though we will give you directions for both apartments, you must remember that check-in must be made in the reception at Lugaris Beach, located just a few meters away from Lugaris Rambla.

How to get to Lugaris Beach from the Airport by car

How to get to Lugaris beach by public transport

By taxi (the cost of the journey will be around 45 euros).

With Aerobus, a shuttle bus that goes directly from the airport’s T1 and T2 to Plaça de Catalunya. From there, it connects with the H16 bus that will take you to the stop in Pg Calvell-Rambla del Poblenou, from where you have to walk 3 minutes to the apartment.

By subway, by walking up to either the Aeroport T-1 or Aeroport T-2 stations of the L9 Sud line (orange). Change to L5 (dark blue) in Collblanc and continue to Verdaguer station, where you should change to L4 (yellow), in the direction of La Pau, and continue to Poblenou metro stop. Important: for the Airport T-1 and Airport T-2 stations, the integrated transport ticket T-casual is NOT valid.

By train (R2 de Rodalies Renfe), take the train on the T-2 to Passeig de Gràcia station (from 05:00 h to 23:00 h). From there, you can continue on the L4 metro line (yellow) to Poblenou station. The journey takes about 26 minutes and trains run every 30 minutes. You can use the T-casual integrated transport ticket for this journey.

MORE ABOUT THE AREA 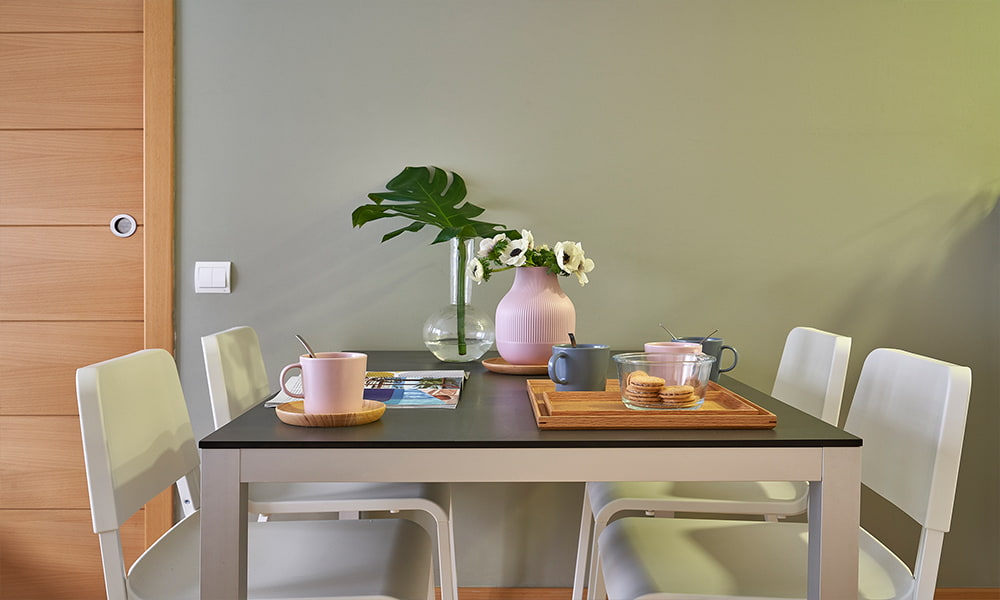 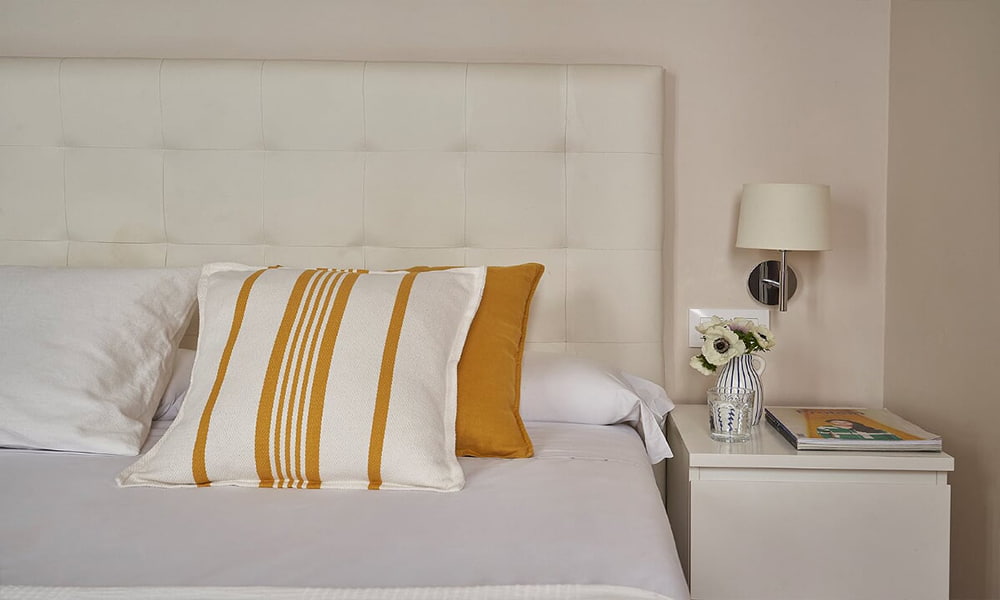 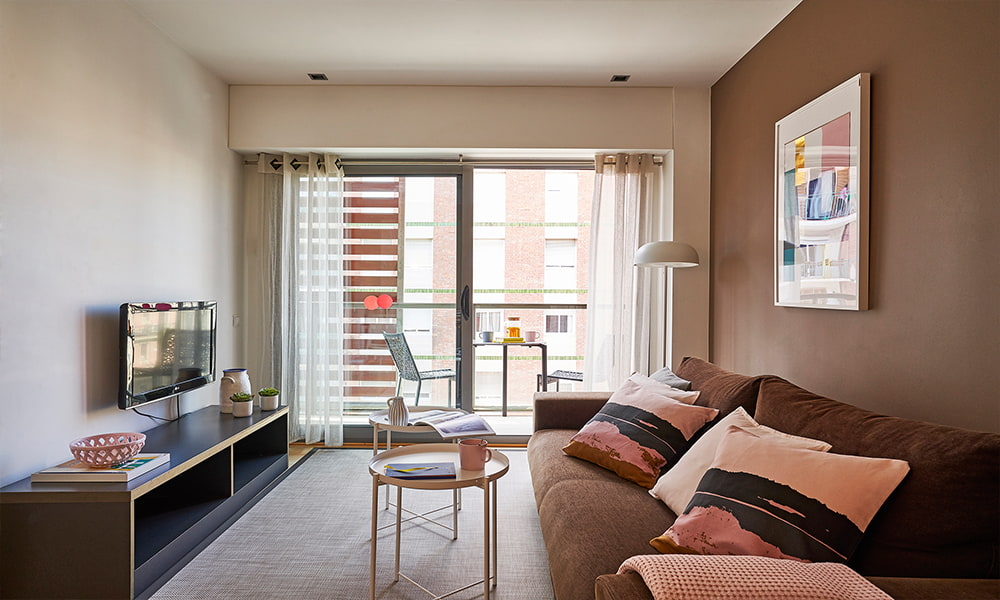 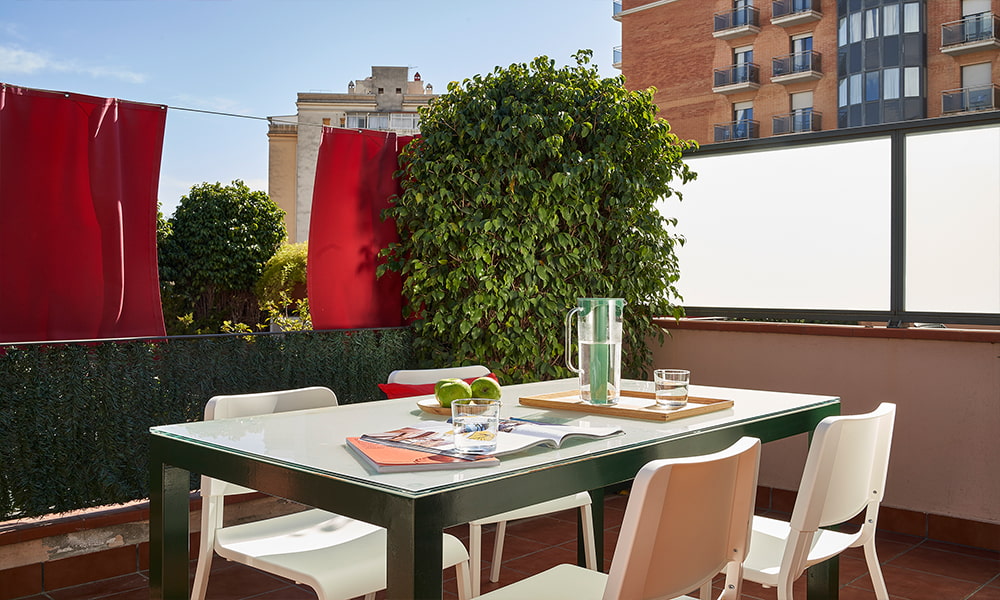 DO NOT FORGET THAT CHECK-IN HAS TO BE MADE IN LUGARIS BEACH! 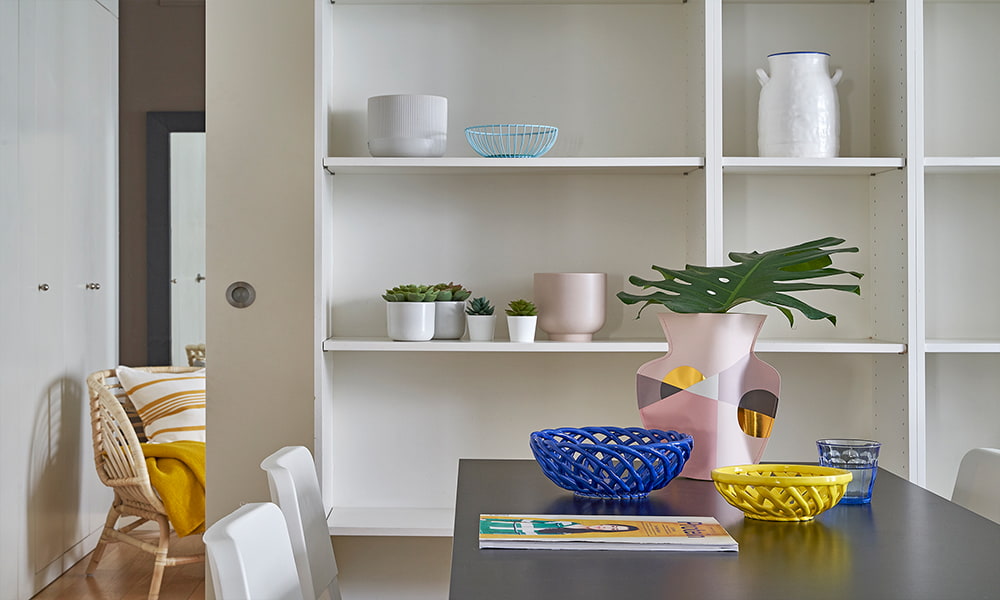 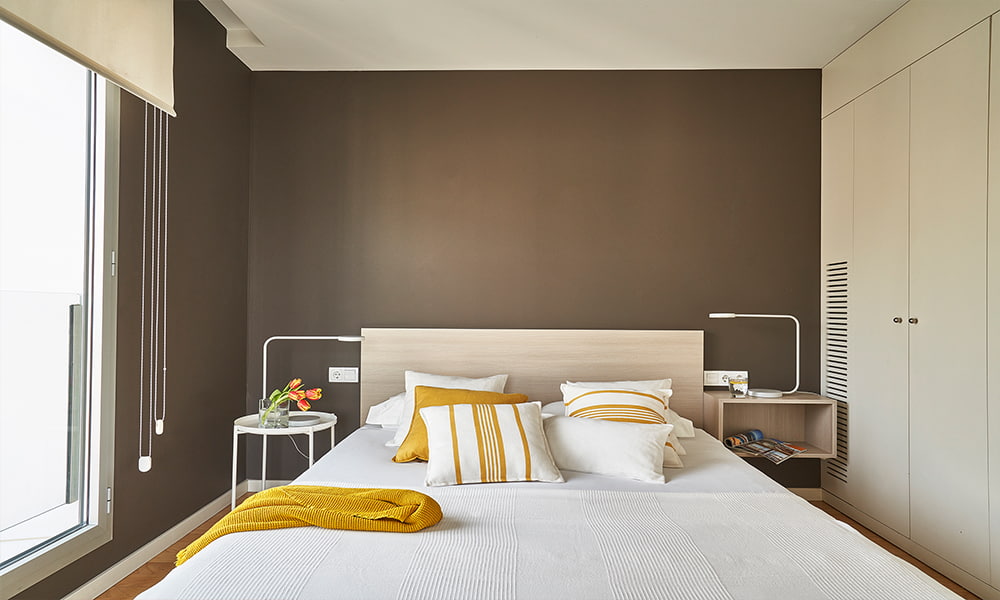 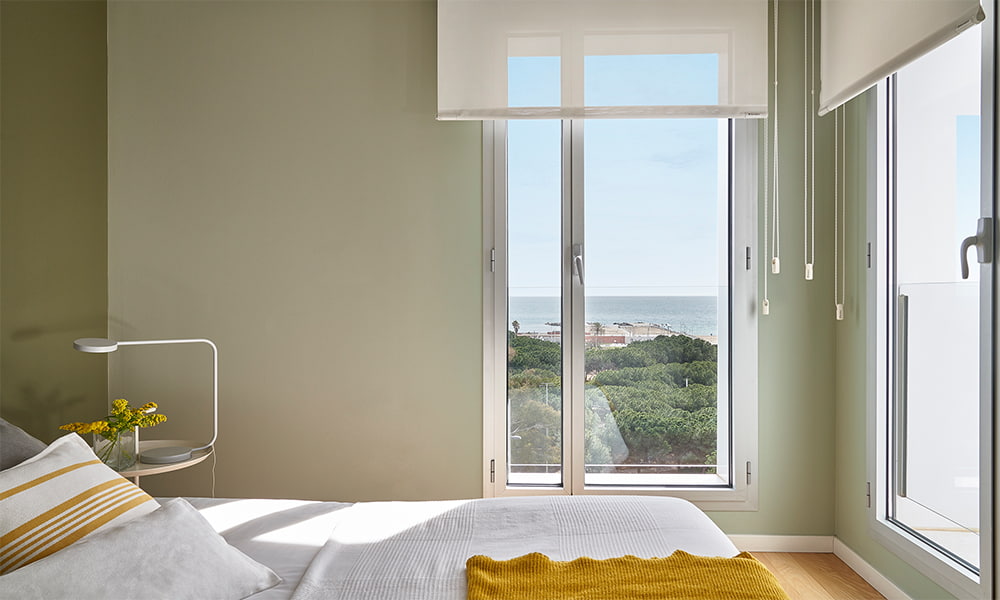 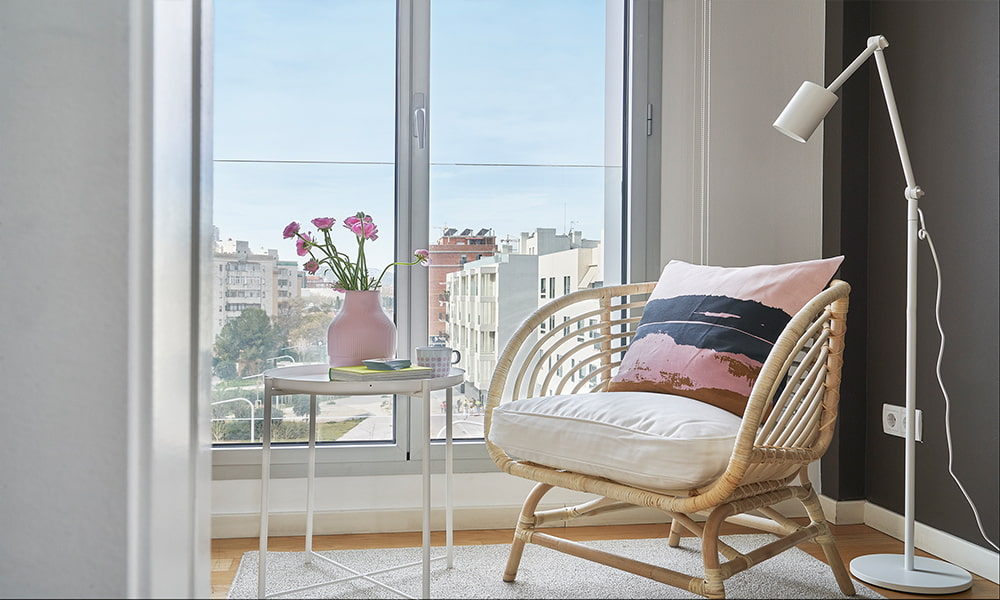 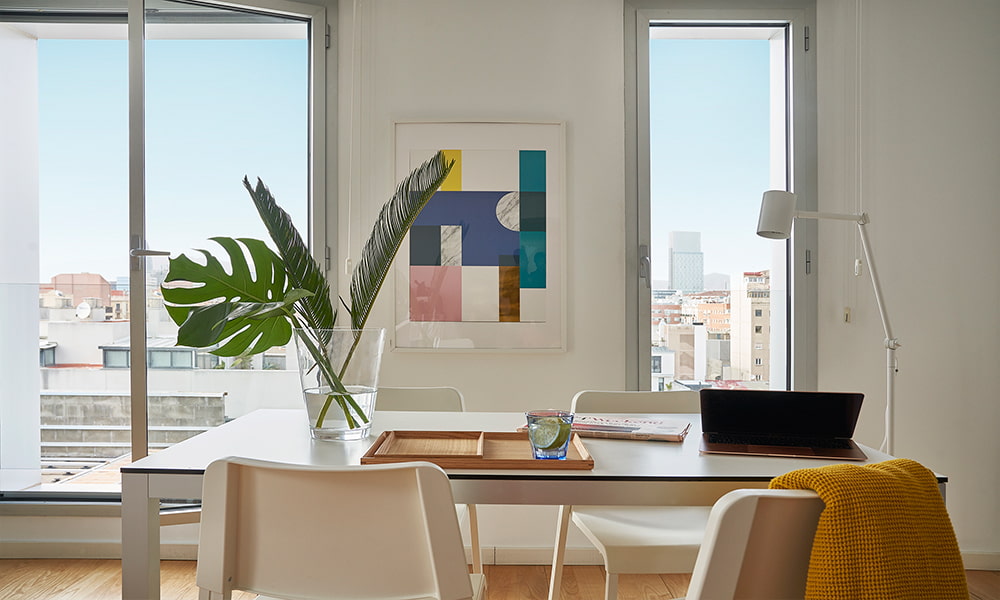 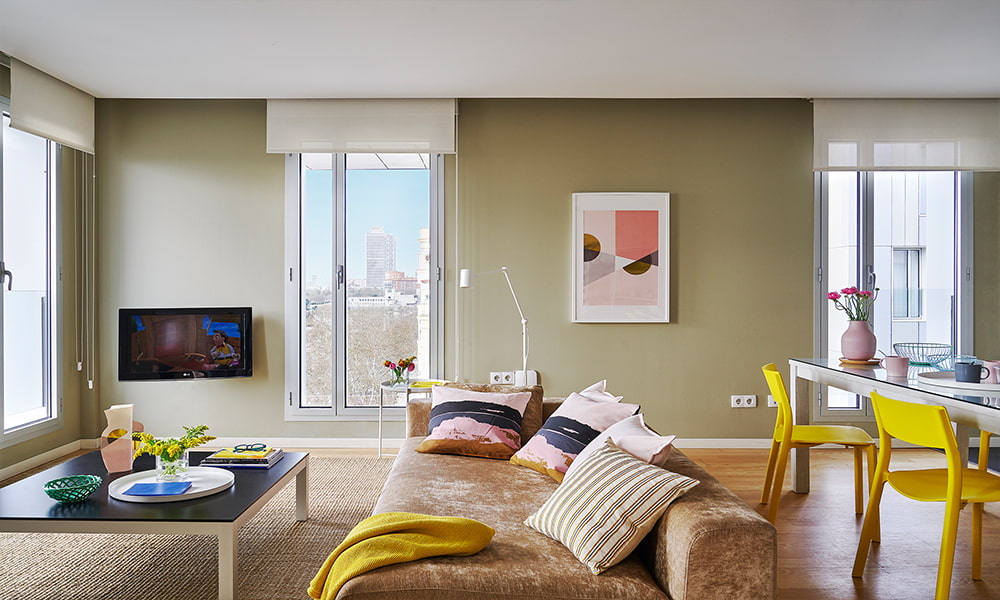